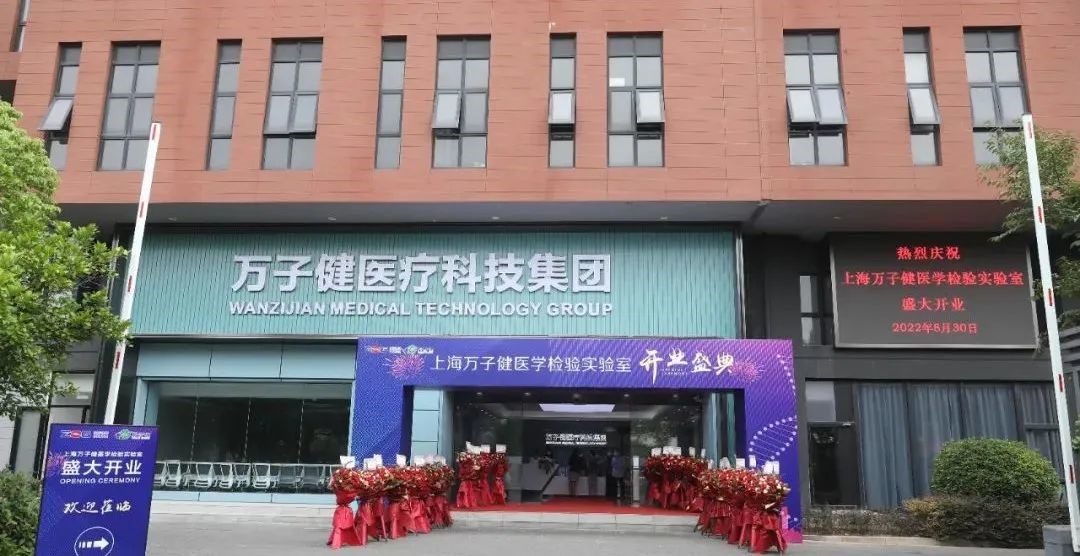 Orient Gene Wanzijian Medical Technology Group and the third-party testing service have been officially opened, with Shanghai as the center, covering various places throughout China, realizing transnational development, and achieving the popularization of clinical medical laboratory experiments in Shanghai! 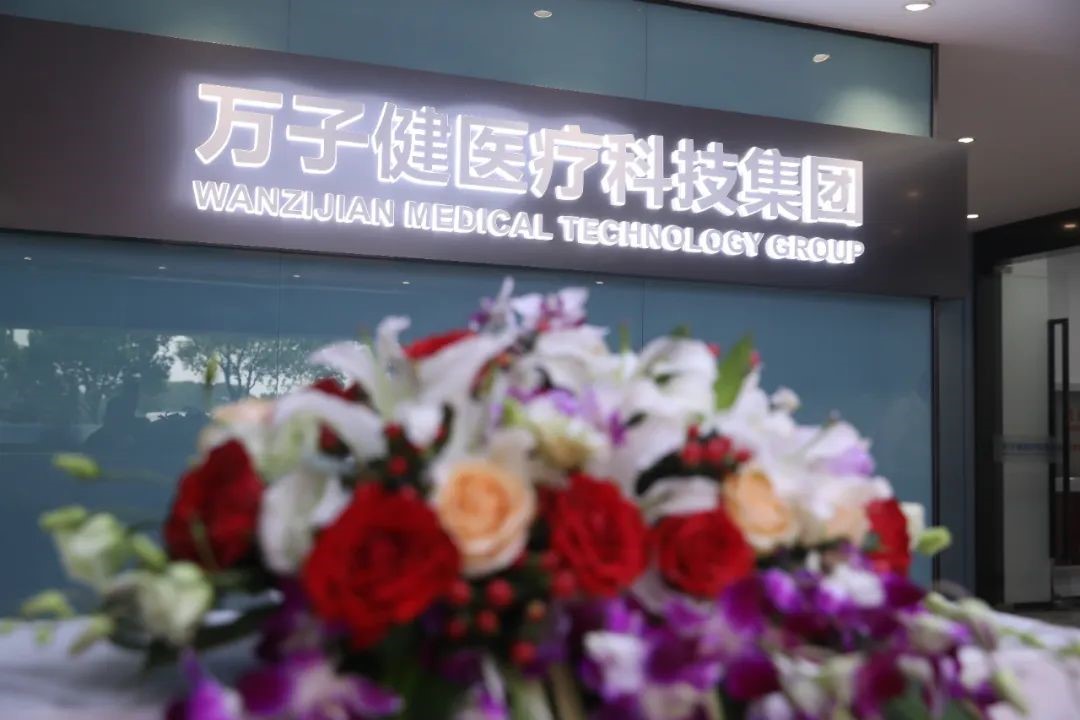 Working Together to Forge Ahead • Embracing the Bright Future

On the morning of August 31, the opening ceremony of Shanghai Wanzijian Medical Laboratory was held at No. 296, Xinguan Road, Jiading District, Shanghai. 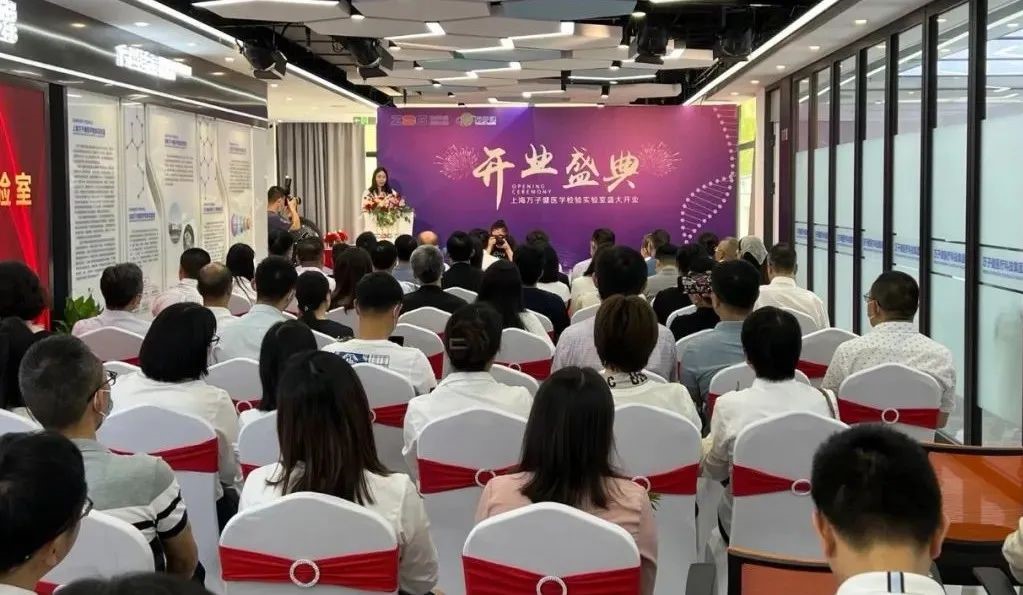 # Address by the Leaders # 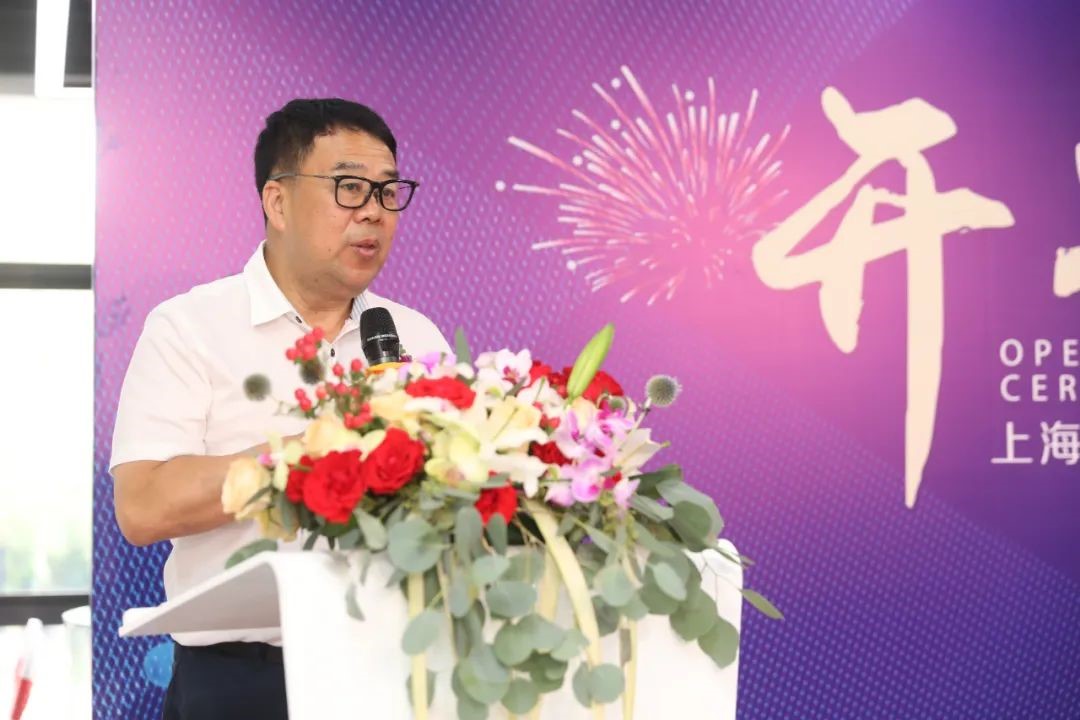 The official operation of Shanghai Wanzijian Clinical Medical Laboratory is an important measure for Orient Gene to realize the strategic development of industry + service, industry + trade and industry + capital. We will build Wanzijian Medical Technology Group with Jiading as the core, set up a business model integrating third-party medical testing, judicial testing and identification, environmental (sewage) testing and CRO service, covering medical testing laboratories in Beijing, Hainan and other places in the future, and achieving transnational development. Therefore, it is a significant event as a milestone for Orient Gene.

Shanghai Wanzijian Medical Laboratory, as the flagship laboratory of Orient Gene in vitro diagnostic service, will set up a window for external diagnosis service based on the Company’s industrial R&D, production and sales, and establish a precision medical diagnosis platform for transnational cooperation by connecting with the Company’s existing overseas resources and technology platform. 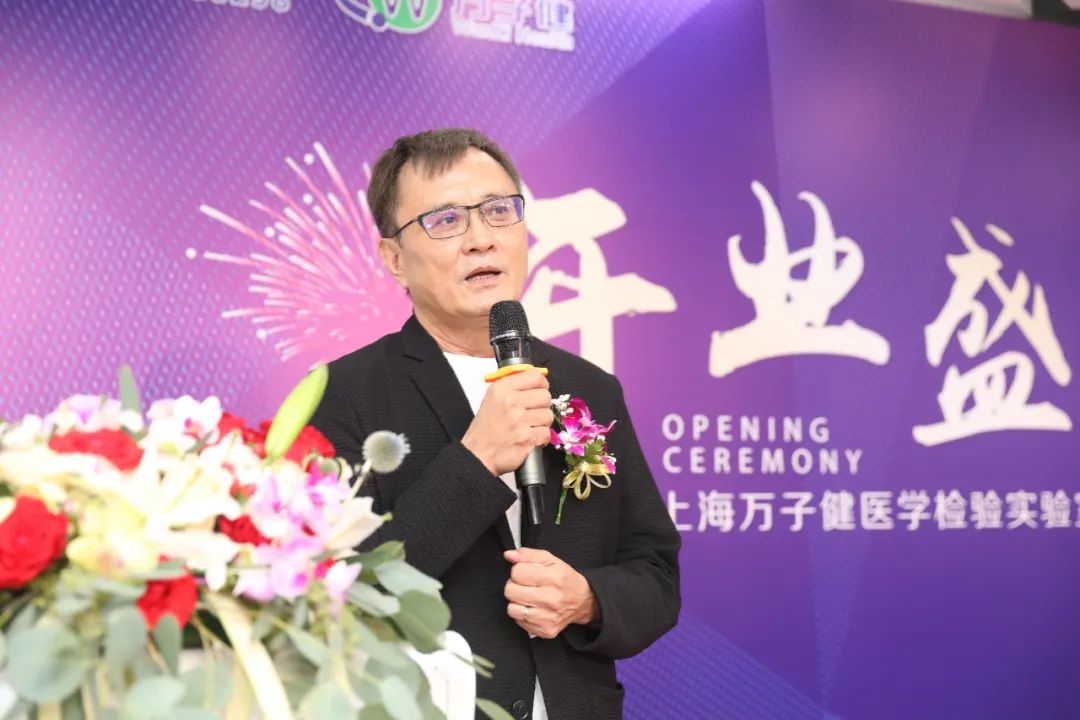 In recent years, in vitro diagnosis in China has enjoyed rapid development and played an important role in the containment of COVID-19. In the process of transition from the domestic market to the overseas market and from the export market to the domestic sales market, Orient Gene has played a leading role in the field of in vitro diagnosis in China, especially in the containment of COVID-19 at home and abroad. Shanghai Wanzijian Medical Laboratory of Orient Gene officially opened today in Jiading Industrial Zone, marking a new period of its development with very bright prospects. 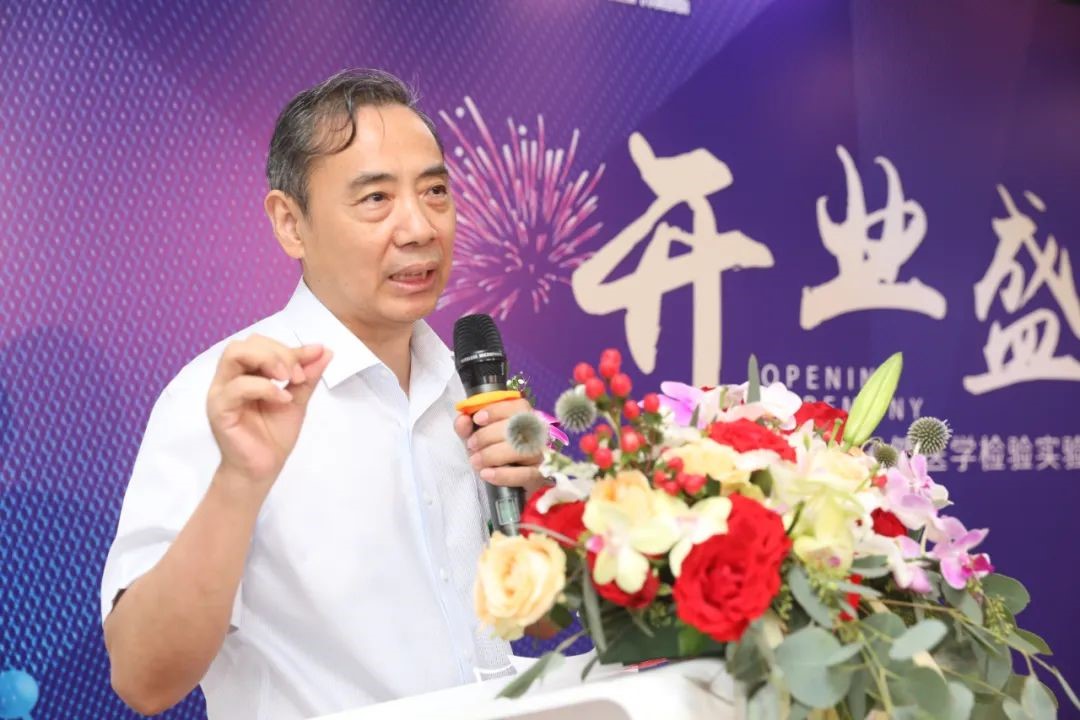 The official operation of Shanghai Wanzijian Medical Laboratory also marks the fact that the biomedical industry in Jiading District has taken a solid step. As an important strategic layout of Orient Gene Biotech Co., Ltd. in Jiading, it will rely on the Group’s superior resources and advanced technology to effectively drive and improve the level of medical treatment, scientific research and drug R&D in Jiading District, so as to promote the economic development of Jiading District, and play a greater role in improving people’s health and wellbeing. The government will strive to be a good assistant and create a new brilliance in biomedicine with the optimal business environment, the largest development platform and the best service guarantee. 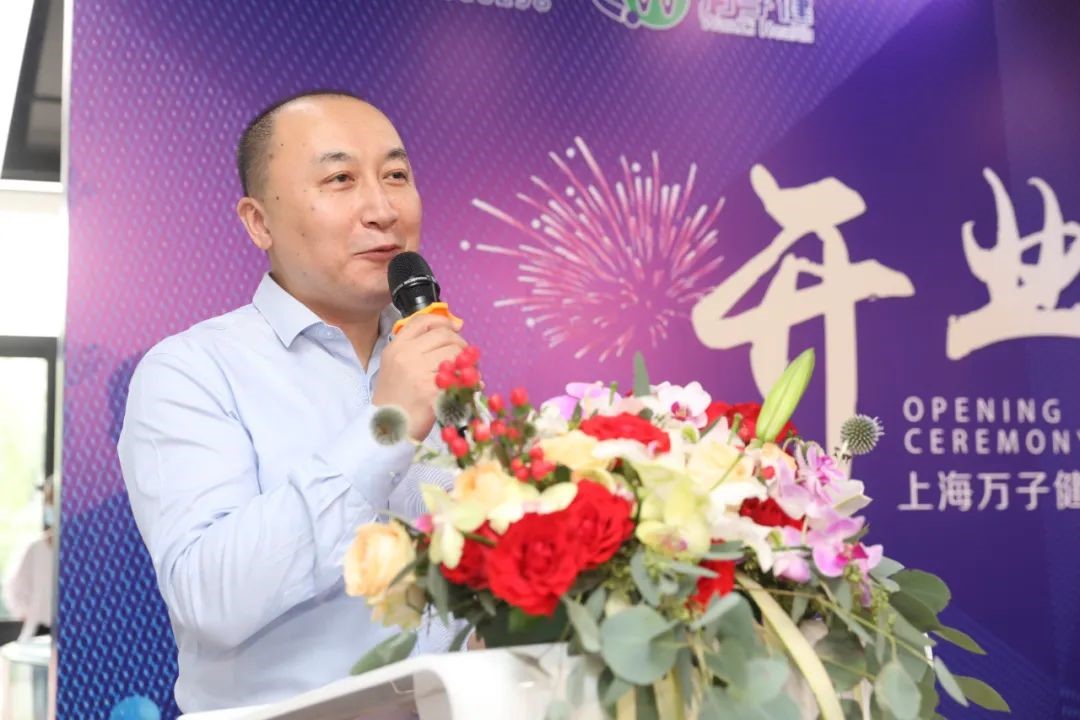 Orient Gene Biotech Co., Ltd., as a leading enterprise in the R&D and production of in vitro diagnostic products, has its presence in the industrial zone for the first step of the Company’s industrial layout in Shanghai, filling the gap that the industrial zone has been consistently lack of large-scale medical laboratories, adding new strength to the development== of high-performance medical equipment and precision medical industry in the industrial park, which is conducive to “forming a chain” and accelerating the formation of the industrial chain and industrial cluster with close upstream and downstream connections, complete functions and prominent characteristics.

With the official start of the launch ceremony, Fang Xiaoliang, General Manager of Orient Gene Biotech and other specially invited guests jointly launched it. 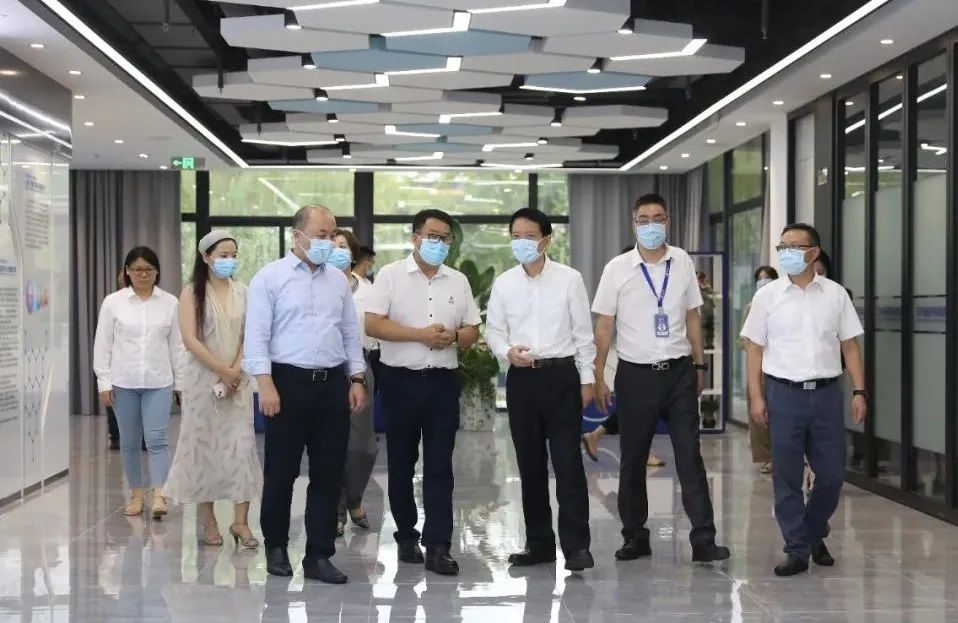 On the afternoon of the opening day, Lu Fangzhou, Secretary of Shanghai Jiading District CPC Committee, personally visited Shanghai Wanzijian Medical Laboratory for on-site inspection and guidance. First of all, he expressed heartfelt congratulations on the establishment of the laboratory. Meanwhile, he recognized the achievements and contributions made by Orient Gene in the fight against COVID-19 in Shanghai. In addition, during the visit to the laboratory, he spoke highly of the excellent equipment and talents in the laboratory, and asked the enterprise to continuously realize enabling on the basis of compliance with laws and regulations, so as to achieve the aggregation and integration of talents, resources, technology and other elements for better and faster development and growth. He also said that Jiading District CPC Committee and government will create various conditions to help Wanzijian Group to enjoy healthy development in Jiading.

Xiao Hongyu from Wanzijian Group said that after the laboratory is put into use, it will be committed to promoting the development of accurate testing and personalized medical care, better provide high-quality medical diagnostic services for people in Jiading, further boost the improvement and upgrading of the biomedical industry chain in Jiading, and take solid roots in Jiading District to create a good brand “Wanzijian”.

The biosafety laboratory, built by the team of Wanziijian, has initiated testing since April this year, with the sample testing capacity of tens of thousands of persons-times within 24 hours. By the end of August, more than 12 million samples have been tested, contributing to the fight against COVID-19 in Shanghai. Shanghai Wanzijian Medical Laboratory is expected to overcome all obstacles and difficulties and forge ahead, and create eternal brilliance.